Today we will be discussing how to overcome the problems with abortion ads certification through google.

This new rule about abortion related searches is not tackling misrepresentation in an ad because that was already fully covered and is a rule that everyone can be held to.  I think considering ‘scope’ will help us understand the situation better.

For example, Google does not allow grant funded Google Ad accounts to use ‘single keywords’ because a single word is generally known as having too much scope.   For example the word “milk” is very broad while “2% milk, whole milk and fat free milk” are more specific – with less scope.  Scope can be further defined with additional words.  For example, “2% chocolate milk”. 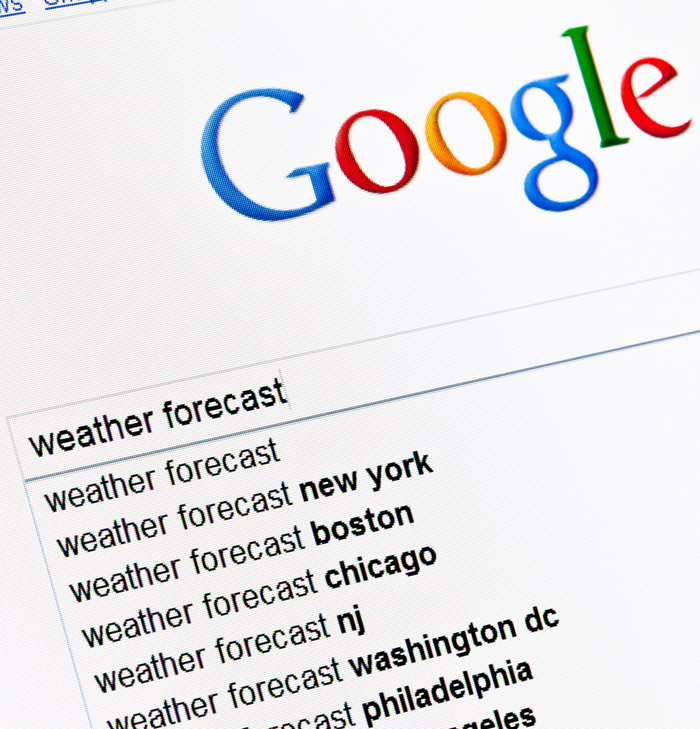 Single keywords are normally defined as a word/phrase that does not include a space.  Words that include a dash, period or special character are treated as ‘multiple words’.   Even then some words fall into an unwritten exception list – “sometimes – based on who uses them” – according to my conversation with a google rep a few months ago – such as “plan b”.  Plan B may be allowed for some organization and not for others.  Essentially the list of ‘generic/single keywords’ that include a space are not defined in a list with information about who may use them.  As we learn these unwritten rules, we build an understanding and learn that we can still advertise on words such as “plan b questions, plan b information, etc”.

Our English language contains a lot of words.  With so many words, Google made a list of ‘single word exceptions’ and the word “abortion” is on this list.  You can view the 44 words that were considered exceptions to this ‘single/generic keyword rule’ here:  https://support.google.com/grants/answer/7587473?hl=en.  Picking out just 44 words out of all the words is interesting and then when you hear that ‘abortion’ is in this short list of single words that are allowed for grant users to use, that too is intriguing.

All of this is to say that Google understands scope.

According to Google (this is the form that abortion clinics and pregnancy centers are asked to complete for their advertising account: https://support.google.com/adspolicy/contact/abortions_certification_form), “In the United States, United Kingdom, and Ireland, if you want to run ads using keywords related to getting an abortion, you first need to be certified as an advertiser that either provides abortions or does not provide abortions. Depending on how you’re certified, Google will automatically generate one of the following in-ad disclosures for your abortion product or service ads: “Provides abortions” or “Does not provide abortions.” This policy applies to all Search ad formats.”

I need to interrupt this flow to provide a related fun side story.  You have probably heard of ‘less is more’ but have you heard of ‘more is less’, ‘less is less’ and ‘more is more’?  All 4 of these are true (and untrue) because we are dealing with fragmented sentences.  I will use UPPERCASE not because I am yelling but because I am not applying other formatting quite yet and I want you to see the pattern holding true in all 4 cases (and I will spare you from going beyond these 4 with statements like LESS is not MORE 😊 – as that would be over-over-kill).

In essence, more words are helpful for defining an idea while leaving less to the context of the user.  In essence less scope and more details/definition.

Does provide abortion support and care after someone has had an abortion.

Does provide abortion alternatives that are desirable and chosen 90% of the time.

Does not provide abortion counseling after someone has had their abortion.

Fragmented/short sentences can be found lacking in definition/detail while having too much scope.   Google understands gray hat tactics.  Google is using a light gray hat tactic here to satisfy someone at the expense of someone else.  The original slogan of Google was “Don’t be evil.”  I think Google needs to rethink their position on this topic to hold to their roots of not being evil.

I know this is a lot – perhaps this is a good time to pet your dog or water that plant that is dying on your front porch.  At least this is a lot for me to think about and digest.

A Lack of Evidence (Screenshots) 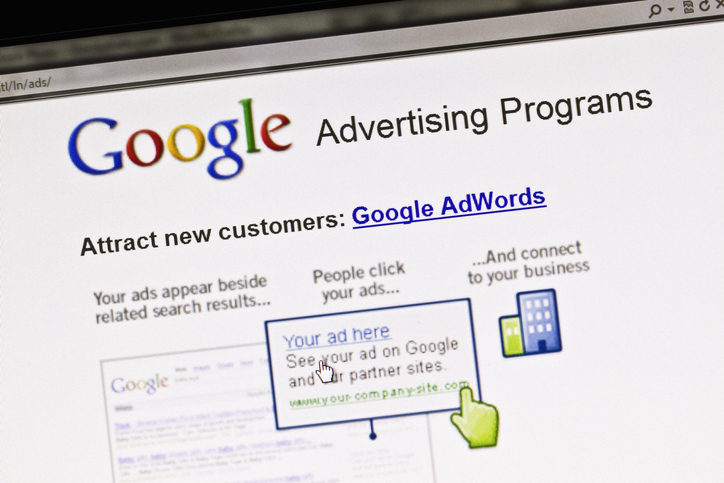 Why are all pregnancy centers being reprimanded by the actions of “some” and screenshots of these offensive ads are not present in any articles about this topic?  Where are the screenshots of the abusive ads?  If a clinic is advertising with misleading ads, it is really easy to make a screenshot or take a photo to document/share/show the abusive ad.   I see a complete lack of evidence and if there was evidence it would very clearly point to the offending party (because their website address would be listed) who could be held to Google’s policy for the appropriate consequences.

Over many years the #1 reason why a client comes in to a pregnancy center has been word of mouth (by a professional and/or by a friend).  Over the past several years ‘internet’ has been cited as the next most common reason for someone to come in.  The trend of internet passing word of mouth is starting to occur.  Google/Internet seems to be the space that is replacing in person word of mouth with digital reviews and online search results that are influencing people on where they would like to get services/information.  This rule by Google is threatening the #1 vehicle of the future for reaching women in need of information about abortion – who feel alone and need to know that care is available.  Many women cite that the care and listening ear of a pregnancy clinic counselor is the most impactful part of her experience and provides her with the courage and support to choose life for her child.

Let’s look at this from another angle.  Google has a monopoly on search results – Google is not just the top player but effectively the only player worth playing with based on their huge amount of success. I feel like the monopoly position that Google has – makes compliance into a necessity as we can’t go elsewhere for this opportunity/traffic.  Yahoo, Bing/Microsoft, AOL and dogpile are not worth playing with as they make up such a small market share combined in the search result world.  If Amazon offended us, we could go back to Walmart.  If we are offended by McDonalds we can go to Chic-fil-A.  If Google offends us (as advertisers and nonprofit organizations), the people we are looking to reach use Google.

This rule is targeting Pregnancy Centers. This policy by Google will directly impact pregnancy centers in a negative way while benefiting abortion clinics.

Google holds the public square in which we all interact and talk. 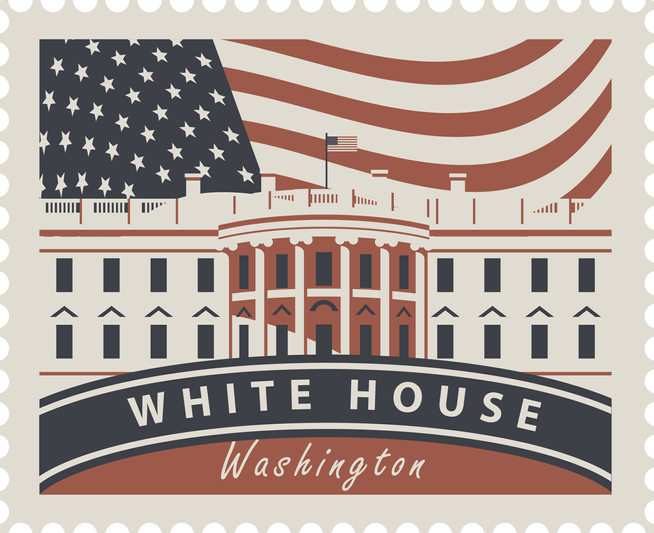 When it comes to writing content, a single topic can be written about repeatedly from multiple angles which is a fundamental writing tactic. When it comes to abortion, compelling a certain angle is restricting one’s freedom of speech.  This new rule equates to compelled speech by a for-profit entity forcing select people within its system to frame one’s words in a limited and restrictive angle.  NIFLA v. Becerra found this to be a violation of our 1st amendment right in the victory at the Supreme Court when compelled speech was dictated by the government.  Now we have a global monopoly beginning to abuse us in the same way but we don’t seem to have the same recourse.  Google does have content rules per country perhaps that reflects these countries working with Google or more likely Google reflecting these countries’ government’s laws and positions.   So perhaps with this global monopoly, our government’s laws may provide relief just like Google bends to China’s demands in regards to content filtering.  This new set of rules seem to be a reaction from Google after receiving a letter from Suzanne Bonamici, a Democratic congresswoman from Oregon.  Perhaps the solution is for life minded representatives to write a letter on the competing set of ideas to provide the needed push-back for fairness to be found once again.

Jacob Barr
Jacob Barr is the owner of iRapture.com.
Share your thoughts on this article here.